COCKROACHES: THE GOOD, THE BAD, AND THE UGLY

Upon hearing the word “cockroach,” most people involuntarily grimace or shudder. These bugs don’t have a good reputation, and they’re usually towards the top of people’s “Most Disgusting Pests” lists. But are cockroaches all that bad? Let’s take a look.

The truth is that the environment needs these little guys; more specifically, cockroaches (also known as water bugs) help play a large role in the ecosystem’s nitrogen cycle, where nitrogen moves from bacteria, animals, and plants to the ground and the air

“Most cockroaches feed on decaying organic matter, which traps a lot of nitrogen. Cockroach feeding has the effect of releasing that nitrogen (in their feces) which then gets into the soil and is used by plants. In other words, extinction of cockroaches would have a big impact on forest health and therefore indirectly on all the species that live there.”

Okay, so cockroaches aren’t all bad, but they’re not all good, either. These creatures can feed on almost anything, including (but not at all limited to) bread, beer, dead skin flakes, hair strands, glue, and baked goods

These bugs tend to target places that are unsanitary and damp or used to prepare and store food. Common sites include bathrooms, sewers, kitchens, restaurants, grocery stores, and bakeries. When they’re feeding, cockroaches “produce odorous secretions” that not only contaminate food, but can also alter the flavor of the food and leave behind an unpleasant odor, especially when there are lots of cockroaches. 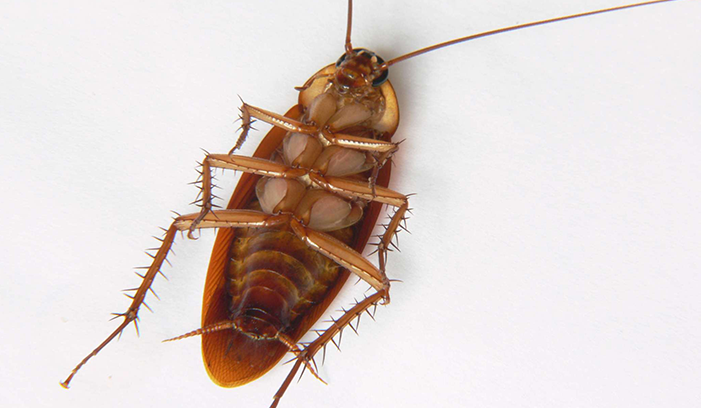 HOW TO GET RID OF COMMON BUGS AND PESTS

Cockroaches are the most common household creepy crawlers you will encounter in Japan. There are a variety of different species, but the kind found most frequently here might be bigger than what you’re used to. Most people believe that cockroaches hang around in dirty, unclean or garbage areas because of food. But, don’t forget that they can live weeks without food. The hot, humid summer climate is perfect breeding ground for these, the most versatile of insects. Your apartment is far from dirt, but you will still see cockroaches from time to time. Cockroaches come out most, when things are moved around. So when you first move in, you may notice cockroaches coming out of hiding, but don’t panic, it’s not uncommon. They go back to hiding when things settle down and you won’t see them much again if you can keep your place reasonably clean.

Do not leave food or dishes for a long time.

If food and dirty dishes are left until night, it will be a good food for cockroaches. When cockroaches are crawling, disease-causing bacteria may spread and cause food poisoning. Cleaning frequently is probably the best form of prevention.

If there is rubbish and cooking waste on the back of a refrigerator, under a stove, and places where cockroaches are likely to be hidden, it becomes food for cockroaches.

If unsanitary items (raw garbage, dirt on the drainage port, etc.) are left as they are, there is a risk that cockroaches will carry pathogens

If you find one in your apartment, remove the cockroach as soon as you can. For that you will have to spray it and then throw away. But, keep in mind that they are really fast, they can fly.

Note that conventional bug sprays are not effective at cockroaches. Instead, you will have to use specially targeted at these bugs. There are also traps with a sticky pad where you can put food to attract them. These are pretty effective and work nicely because cockroaches are usually more active at night. 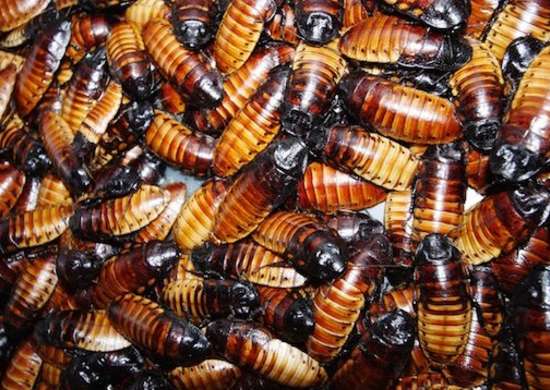 Facts About Cockroaches You Won’t Want to Believe

With ancestors tracing back more than 280 million years, cockroaches have been around for an incomprehensibly long time, and they’re here to stay. Because no other household pest provokes such fervent anxiety, disgust, and downright terror, we teamed up

Believe it or not, there are well over 4,000 different types of cockroaches—that we know about. Some estimates suggest we’ve discovered only about half the total number of species. Though most live in the wild, at least a few tenacious species have become uncomfortably common, extremely unwelcome guests in our houses and apartments.

You may have heard the myth that a cockroach can live without its head. Well—it’s true! According to the National Pest Management Association, a headless cockroach can live for weeks, moving about, reacting to touch, and exhibiting other basic behaviors. That’s because the insect breathes not through the nose and mouth like we do, but through openings along the body. Not only would the decapitated body of the cockroach survive, but, at least for several hours, so would the separated head.

The German cockroach, which is brown with two stripes behind its head, ranks among the most abundant in the United States. That may be because, at any given time, a female of the species can be carrying 40 eggs. With an incubation period that lasts only three weeks, one German lady roach can hatch up to 700 baby roaches in the course of a year. Even more alarming: Some more recent generations of German roaches have shown resistance to a number of treatment options.

If you thought the roach you spotted last night was oversize, wait until you get a load of this: The wonderfully named rhinoceros cockroach is the heaviest in the world, typically weighing more than one full ounce. It’s also one of the longest-living of all insects, with an average lifespan greater than 10 years. 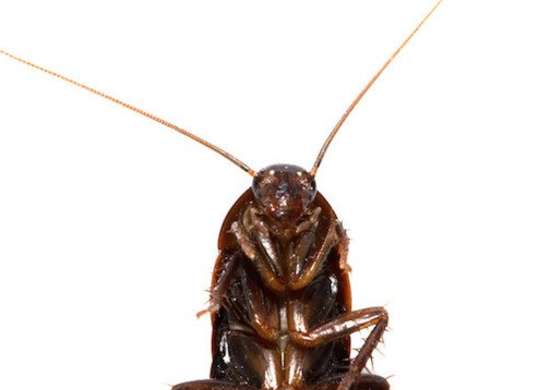 Why is it so Hard to Kill a Cockroach with your Shoe?

German cockroaches, Blattella germanica, the most common domestic roach in the United States, have been observed to live 45 days without food, and more than two weeks with neither food nor water.

Cockroaches will eat almost anything including glue, feces, hair, decayed leaves, paper, leather, banana skins, other cockroaches, and dead or alive humans. They will not, however, eat cucumbers. They are particularly fond of dried milk around a baby’s mouth.

Why is it so hard to kill a cockroach with your shoe?

Schweid observes that “when a cockroach feels a breeze stirring the hairs on its cerci, it does not wait around to see what is going to happen next, but leaves off whatever it is doing and goes immediately into escape mode in something remarkably close to instantaneous fashion.” Studies show that a cockroach can respond in about 1/20th of a second, so “by the time a light comes on and human sight can register it, much less react by reaching for and hoisting something with which to squash it, a roach is already locomoting towards safety.”

Cockroach blood is a pigments, clear substance circulating through the interior of its body, and what usually spurts out of a roach when its hard, , outer shell—its exoskeleton—is penetrated or squashed is a cream-colored substance resembling nothing so much as pus or smegma.

Cockroaches have two brains—one inside their skulls, and a second, more primitive brain that is back near their abdomen. 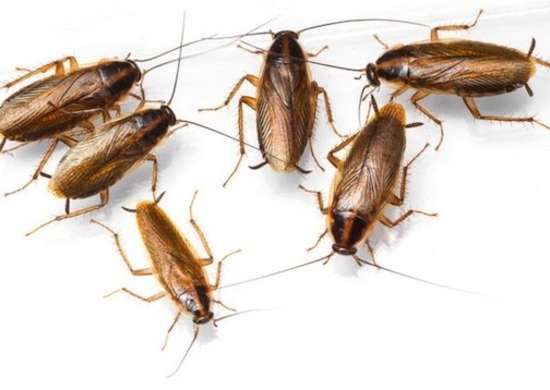 Ways To Get Rid Of Roaches

Cockroaches are one of the most hated pests in our homes, and, unfortunately, they are also among the hardest pest control jobs. It’s very hard to completely get rid of roaches, and even harder to keep them gone, especially if you live in an apartment.

This is a common piece of advice, and it’s good, but limited in effectiveness. Eliminating large sources of food, and especially water can reduce the number of roaches your home can support, but it’s unlikely to completely rid your kitchen of roaches. Why? Because roaches don’t need a lot of food to survive and thrive.

A single crumb of food on the floor is a good meal for a roach. Not only that, but they will eat things that you don’t even think of as food. Grease spots on pages of your cookbook, for example, can be a good meal. They are related to termites and can nibble on wooden spoons, cutting boards, and other tools that have absorbed food or skin oils.

Insecticide is also a reasonable approach to control roaches, but not eliminate. You can kill the roaches you see, but the ones you don’t see will still multiply. And then there’s the next generation of roaches that will be born. Even insecticides with residual action won’t kill long enough to completely eliminate roaches, which will also grow more resistant to the toxins you are using

Poison baits work better than spray insecticides. Roaches eat the bait, which will kill them, but not right away, and go back to their homes. As these roaches defecate, other roaches eat their feces and get poisoned.