What is a Camera Operator?

Camera operators work in the television, music and film industry and are usually employed by television and cable companies or by video production houses. They are responsible for capturing different scenes during production and operating a wide variety of technical equipment that may include single and multiple portable, electronic and remote-control cameras.

Other key responsibilities of a camera operator include operating cranes and mobile mountings, assembling and setting up camera equipment, planning and preparing scenes, following camera scripts and working with the lighting and technical staff on each production.

This is one job in the film industry that can be very physically demanding and tiring. The position often requires a great deal of traveling between locations and many long days or irregular work hours.

Additionally, maintenance and proper handling of all filming and recording equipment is extremely important due to the cost of such items.

Working closely with the director and other creative personnel to choreograph and frame shots is one of the key tasks for a camera operator. An in-depth knowledge of and the ability to find the appropriate camera lenses to capture a scene is something that will be heavily relied upon. Additionally, the use of special equipment like dollies and camera cranes may be necessary to portray dramatic scenes. Understanding the basic principles of dramatic storytelling and film editing fundamentals may also prove important for this primary role.

The camera operator is responsible for using and maintaining some of the most costly items in the entire film production, so a thorough knowledge of said equipment is a must. The position also includes setting up technical equipment on set and responding quickly to directions given by the film director and other creative personnel —all while operating large and expensive equipment.

Because many film and television productions work under tight budget constraints, operators must be able to effectively and quickly communicate with the rest of the film crew during production.  Quick thinking, immense concentration and strong hand-eye coordination are also very important when working under such close time constraints. Potential operators should be prepared to work closely as part of a team but also must be willing to stand out in regards to their own level of competency.

Depending on the type of production, operators may need to frame camera shots for live studio or field productions when directed. Taking the initiative and modifying any processes or procedures that will help production move along is also an important aspect of this role on set. To ensure that production keeps moving along at the proper pace, it may also be necessary for operators to help with studio production setup and set preparations as well.

The camera operator is the individual who physically holds and moves/controls the camera throughout principal photography of a production.

Working under the guidance of the director and DP, it’s the camera operator’s job to capture their visions through the viewfinder. Among many responsibilities, he or she is tasked with leading a crew of camera assistants (first assistant camera, second assistant camera, etc.), mapping out the specifics of the film’s visuals with the DP and ensuring they’re executed properly, assisting with blocking the set, getting cameras in position, framing the shot of each scene, supervising the selection and preparation of various shooting accessories that will best serve the moment (lenses, rigs, cranes, dollies), and being in charge of camera/equipment movement and maintenance.

Additionally, the camera operator is often the only one on set who sees how everything is being shot in the moment and so it’s on their shoulders to correct and/or readjust something that doesn’t match the director/DP’s vision. 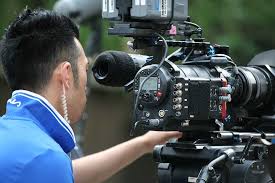 Career path: How you start and where you can go with it?

Although specialist technical production courses and some training schemes offer a good basic grounding in the skills and knowledge required for this role, intensive industry experience is the key. Most Camera Operators begin their careers as Camera Trainees, and work their way up through the ranks of the camera department over several years. Training and qualifications No specific qualifications are required to work in this role. Studio/OB Camera Operators usually learn most of their practical skills through hands-on experience on the job. However, continual professional development is vital, especially as technology is changing rapidly. Useful advice and information can be gained by studying trade journals, attending exhibitions and joining industry forums. Basic stills photography, which develops visual and composition skills, provides a useful starting point in training for this role. 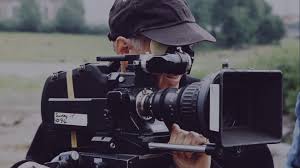 Like most jobs in the film industry, camera operator positions are not easy to come by, but the following guidelines can help any aspiring cameramen get their foot in the door:

Recording a video of a solar eclipse